“Or what woman, having ten silver coins, if she loses one coin, does not light a lamp and sweep the house and seek diligently until she finds it? And when she has found it, she calls together her friends and neighbors, saying, ‘Rejoice with me, for I have found the coin that I had lost.’ Just so, I tell you, there is joy before the angels of God over one sinner who repents.”

Jesus begins this section in like manner by asking a similar rhetorical question. This is done not only to acknowledge the women in the audience by directing a question to them (as opposed to the men in Luke 15:4), but also to parallel the man from the Lost Sheep with the woman from the Lost Coin. Jesus is the true picture of the man in the Lost Sheep parable and the church, his bride, is the true picture of the woman in this, the Lost Coin, parable. The Lost Sheep parable speaks to Jesus’ loving concern and care for the sheep which was lost, while the Lost Coin parable speaks to the church’s diligence in reaching the lost as she turns the light on and sweeps the house diligently to find the coin. Both the sheep and the coin are representative of the unrepentant sinner. One particularly important difference is the value assigned to the coin when compared to the sheep. The sheep was 1 out of 100 while the coin was 1 out of 10. We will see next week, in the Parable of the Prodigal Son, that the value is further increased to 1 out of 2. This is important because as humans, we are likely to think losing 1% is small and insignificant in size, so it could be easily withstood. Now considering the woman and her coins, 10% is a much larger hit and thus a more difficult loss. Now thinking ahead to next week, 50% is a huge hit and thus splits a family. As Jesus continues, the value he places on the unrepentant sinner increases.

The resulting celebration upon finding her lost coin elicits a similar response to that of the man finding his lost sheep. Overwhelming joy.  Sadly, the result that caused great rejoicing in heaven only garners murmuring and malcontent from the Pharisees (Luke 16:14) in the presence of Jesus as he spoke these very parables. By telling this parable to a crowd full of sinners, Jesus uses the very same tools as the woman used to find the coin; the law and the gospel. This is the job of the church; to utilize these tools as the means to call lost sinners to repentance.

The message of the Parable of the Lost Sheep and Lost Coin deal with repentance. Each of the following parables build on what follows after repentance. Please tune in next week for “Chapter 2 – The Prodigal Son.”

This week will begin a series of interconnected parables that build upon each other. The series will start with Chapter 1a, The Parable of the Lost Sheep which is found in Luke 15:3-7. In the preceding text (Luke 15:1-2) Jesus finds himself preaching to sinners and tax collectors while the Pharisees looked on with scorn and ridicule as they attempt to condemn Jesus simply for ministering to these outcasts. Jesus, knowing the hearts of all men, begins to tell a series of parables that masterfully minister to both crowds simultaneously. The first parable he tells is that of the lost sheep.

So he told them this parable: “What man of you, having a hundred sheep, if he has lost one of them, does not leave the ninety-nine in the open country, and go after the one that is lost, until he finds it? And when he has found it, he lays it on his shoulders, rejoicing. And when he comes home, he calls together his friends and his neighbors, saying to them, ‘Rejoice with me, for I have found my sheep that was lost.’ Just so, I tell you, there will be more joy in heaven over one sinner who repents than over ninety-nine righteous persons who need no repentance.

Addressing the full crowd, Jesus asks “What man of you…” This question sets the stage to be answered individually by all. The answer had to be “yes” from all in attendance as this was standard practice for those who owned sheep. It was common practice to leave the flock in an open field to find the one that strayed. Jesus’ implication is that as they do for lost sheep, how much greater is it that he does for lost men. Much ink has been spilled reading all sorts of theological ideas into this parable that simply are not present in the text. Many stories are told about an arduous journey that the shepherd makes through canyon and summit to find this poor little sheep. That idea is simply adding to the text. The better analogy is found in Genesis 3:9 where God calls to Adam “Where are you?” Equally so, it has often been suggested that the shepherd bears great pains and severe burden to carry the lost sheep back to the flock. This too is implied as the parable merely says that the shepherd lays the sheep on his shoulder, rejoicing, and thus carries him back to the flock. This parable makes a better case for the shepherds heart being more burdened by the realization that the sheep is lost than by the physical burden of carrying the sheep back to the flock. The parable ends by likening the straying sheep to a heart of unrepentance.

The most difficult part of the parable to understand is the phrase “99 righteous persons who need no repentance.” Precisely who is Jesus talking about here? Is he saying that the Pharisees are indeed righteous and need not repent? The key to understanding this is found in the beginning of his declaration.  Jesus says “…there will  be more joy…” This is important because it points to the fact that there is also celebration for the 99 that did not stray. As pointed out, straying is likened to unrepentance, and therefore staying is likened to repentance. Thus the 99 do not need repentance because they already have it. This declaration was directed at the hearts of the undesirables and Pharisees alike. The Pharisees sought righteousness by strict adherence to the law, but Jesus is calling that idea into question by saying that repentance is actually what delivers righteousness; not works. This picture would have cut the Pharisees to the quick.

This leads to the necessity of setting an objective definition of “repentance.” Repentance has two parts; contrition and faith. Webster defines contrition as “the state of feeling remorseful and penitent.”  Therefore, repentance begins with the realization of being lost without anyone else to blame.

It is God’s call to each of us as if we were Adam in the garden.

It is God saying “Jonathan, where are you?”

It is the reckoning of a righteous God.

It’s knowing that I messed up and that I am responsible.

Contrition prepares the heart to receive faith. Hebrews 11:1 defines faith as “… the assurance of things hoped for, the conviction of things not seen.” True contrition cultivates the heart, plowing the way of salvation and planting faith. Faith always has an object and therefore looks to Jesus as the assurance that contrition hopes for. Thus faith is the passive hand of a beggar that passively accepts the gifts of Christ as a passive response to what contrition has wrought. John 1:13-14 says…

Faith is a gift born from the will of God. Ephesians 2:8-9 carries this forward giving the reason “…so that no man may boast.” This all fits precisely within the parable. The sheep doesn’t realize that he is lost of his own accord, nor does the sheep desire to return to the flock on his own accord. The sheep is simply lost. The sheep’s owner finds the sheep and carries him back to the flock. The only role the sheep played was getting lost. All the work was done by the sheep’s owner and therefore what does the sheep have to boast about? If the sheep must boast, let him boast in his master (1 Corinthians 1:31).

The Greek word that is translated as repentance is μετάνοια (metanoia) which means “change of mind.” Repentance is simply that. Contrition forces realization of the dire circumstances of the soul and gifted faith grasps the promises of grace purchased by the life, death and resurrection of Jesus Christ. Sadly, our sin nature is ever present as long as we inhabit these earthen vessels. All of us are prone to wander and will continue to forsake our gracious heavenly Father each time that we give into our sinful flesh. It was by no coincidence that the first of Martin Luther’s 95 Theses was “When our Lord and Master, Jesus Christ, said “Repent”, He called for the entire life of believers to be one of repentance.” Repentance is not a one time deal in the Ordo Salutis, but is exemplary of the new life in Christ. Thanks be to God that he calls each of us to repentance and by thus, restores us to his flock. Therefore let us look upon repentance as the great and gracious gift that it is.

Tune in next week for “The Lost Coin (Chapter 1b)” 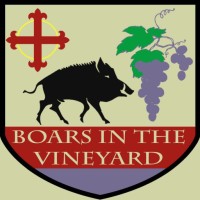 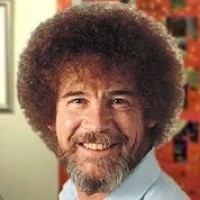 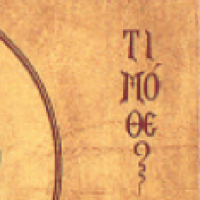 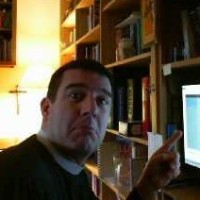 Boars In The Vineyard

More mediocre than Table Talk Radio and Much Less Often

A place to wait out the kakistocracy.

The wisdom in absolute truth

Law and Gospel in Joyful Clarity

Mining the riches of books in a patient and passionate search for truth and clarity.